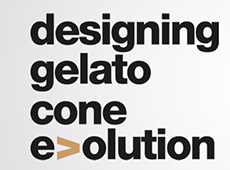 The Bruto and Poerio Carpigiani Institution in cooperation with BABBI on occasion of SIGEP 2013, organized a contest for the creation of the CONE OF THE FUTURE.

For the CREATIVITY SECTION, Marco Forbicioni and Matteo Memmi of Santa Design Studio won a €2,500 scholarship offered by the Carpigiani Gelato University: Their proposal to solve the problem of ice cream dripping was the following: we decided to divert the drops from the cone, thus avoiding that the melted ice cream would get the hands and clothes dirty of the person enjoying the ice cream, thus making the cone good up to the last bite. 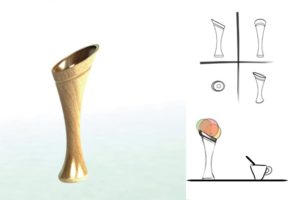 For the FEASIBILITY SECTION , Enrico Ippoliti won the €2,500 scholarship offered by BABBI. Enrico worked on the problem of “the inability of the ice cream cone to stand” like many other items found in a bar (coffee cups, plates, etc.): “We wanted to make it stand, then we went beyond it by creating an interesting and tapered shape capable of highlighting the importance of the item while also enhancing its content.”