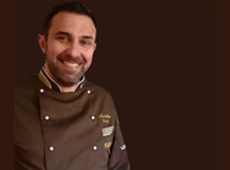 Since 2016 Massimiliano has been collaborating with Babbi as a technician, sales agent and teacher of the Attilio Babbi Academy at the Spanish branch Babbi Helado Italiano.

His professional experience in Spain began in 1992 where he managed and developed various activities in the world of Gelato and catering.

The courses helded by Massimiliano Revello